The History of Christmas Trees 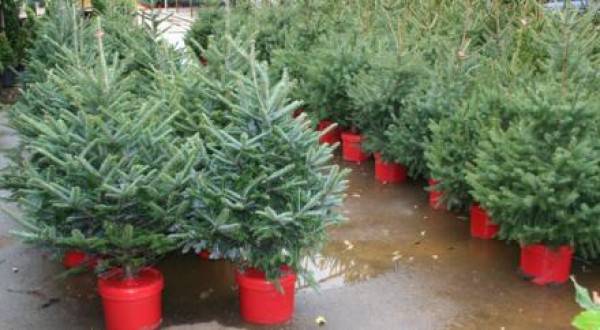 The History of Christmas Trees

When you think about Christmas, one of the first images that springs in your mind will be a brightly-lit Christmas tree covered in festive decorations.

Weston Sawmill has been selling the finest Christmas Trees in Shropshire for decades, that are becoming more and more popular each year.

But where does the Christmas tree come from? Here we will explore the origins of Christmas trees and how they have been used over the years all over the world.

When Did Christmas Trees Originate?

The Christmas tree tradition can be traced back to 16th century Germany, where Christians began to decorate trees inside their homes. The tradition of adding candles to the tree branches is attributed to Preacher Martin Luther, who was inspired by the stars in the night sky and wanted to recreate the scene at home using candlelight.

Others suggest the first-ever Christmas tree was in London, near the Leadenhall Market, however, this seemed like a one-time trend as they wouldn't be used again until the 19th century.

What Does the Christmas Tree Symbolise?

In ancient cultures, the winter solstice was heralded as the start of brighter days ahead, which was an indication that the sun god was regaining his strength. Evergreen trees retain their colour throughout the seasons, so when displayed and embraced in coordination with the solstice was a reminder of warmer months.

Egypt adopted a similar mindset, as their Sun God Ra typically grew weak as conditions became colder and darker. The solstice was viewed as a changing of the seasons, so they decorated their homes with palm leaves and branches. Also, in ancient Rome, a feast known as Saturnalia was held during the solstice to encourage people to celebrate the springtime ahead with evergreen decorations.

Using Fir Trees Through the Years

While an exact date when Fir trees were used as Christmas Trees is not known, it roughly began about 1000 years ago in Northern Europe. Strangely, many early Christmas trees were hung upside down from the ceiling using chains.

Other species of trees used for Christmas trees across Northern Europe include cherry or hawthorn plants that were put into pots and brought inside homes so they would hopefully flower around Christmas time. If you could not afford a real plant, people made pyramids of woods and they were decorated to look more like a tree with paper, apples and candles. Sometimes they were carried between homes rather than being displayed in a single home.

It is possible that wooden pyramid trees were meant to look like Paradise trees. They were used in medieval German Mystery or Miracle Plays which were acted out in front of churches on Christmas Eve. In early church calendars of saints, the 24th December was known as Adam and Eve's day. The Paradise Tree was seen as a representation of the Garden of Eden and was often paraded around the town before the play begun to advertise it. The play often told Bible stories to people who could not read.

We hope you enjoyed reading about the history of Christmas trees; if you have any questions about our range please do not hesitate to contact us today.

Weston Sawmill has a huge range of Christmas trees to choose from, both Nordmann fir and Norway spruce, cut or potted. Remember nothing quite brings the festive season to life quite like the wonderful fragrances that infuse your home from a real tree.